BiCNU Generic for Multiple Myeloma, Other Cancers Launched in US 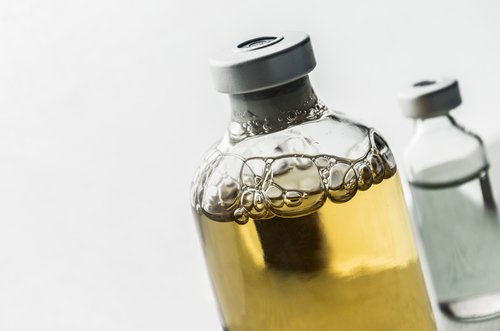 Carmustine for Injection, a generic version of the chemotherapy BiCNU, has been launched in the U.S to treat people with multiple myeloma and other types of cancer.

This follows the decision by the U.S. Food and Drug Administration (FDA) to approve STI Pharma‘s abbreviated new drug application — specific to generic medicines — for this product. Generic medicines are created to have the same quality, safety, dosage form, strength, and therapeutic properties as brand-name therapies, but they are usually cheaper.

“The launch of Carmustine Injection is an important milestone for STI, representing our first oncology injectable approval,” Frank Mullery, president of STI, said in a press release.

“I look forward to partnering with our customers across the Hospital and Clinic channels to successfully launch Carmustine,” Mullery said.

Carmustine is the active ingredient of BiCNU, which works by halting the growth and spread of cancer cells. Specifically, carmustine is a nitrosourea, a group of cancer therapies that block DNA repair in tumor cells to induce their death.

It is given intravenously (into the vein) in combination with prednisone to treat multiple myeloma, and alone or in combination with other therapies for certain types of brain tumors and relapsed or refractory Hodgkin’s and non-Hodgkin’s lymphomas. It is also used before organ or blood stem cell transplants to lower the number of white blood cells, potentially suppressing immune responses against the transplant.

Carmustine is usually given once every six weeks. Potential side effects include suppression of bone marrow function — leading to low numbers of platelets and white blood cells — lung toxicity, and kidney abnormalities, which may contribute to bleeding, serious infections, and organ problems.

STI’s Carmustine for Injection, available in 100-mg single-dose vials, uses the same U.S. source of carmustine as Avet Pharmaceuticals does for BiCNU.

This is the third approved generic version of BiCNU, the other two marketed by Navinta and Amneal Pharmaceuticals.

In the U.S., BiCNU as been used for the treatment of multiple myeloma, lymphoma, brain tumors, malignant melanoma, breast cancer, and gastrointestinal cancer, among other indications.

In January 2013, Bristol-Myers Squibb sold BiCNU’s worldwide rights to Emcure Pharmaceuticals, which markets the product in the U.S. through its subsidiary Avet.