It’s been nearly a year since the EveryLife Foundation for Rare Diseases released its expansive report finding the total economic burden of rare disorders in the U.S. to be nearly $1 trillion. In the time since, three similar reports have been published: one by the National Institutes of Health (NIH) and multiple partners; one by the Advocate Aurora Research Institute; and another by the U.S. Government Accountability Office (GAO). Authors from each of those publications recently summarized their birds-eye-view policy recommendations in a Health Affairs article.

Their findings can be used to help improve research outcomes, realize advocacy goals, and pass legislation for the rare disease community, all of which will be integral parts of EveryLife’s upcoming Virtual Rare Disease Week, a 10-day period that includes Rare Disease Day on Feb. 28.

Annie Kennedy, the foundation’s chief of policy, advocacy, and patient engagement, predicts that greater funding for rare diseases will come from Congress as data confirm the high cost of patient care. For families, that data is an affirmation of the thousands — sometimes tens of thousands — they spend each year caring for someone with a rare disease.

“We knew this data, we live this data, but we actually needed to move from back-of-the-envelope estimates to real hard data that we could point to, and evidence that we can base policy on,” Kennedy said in a video interview with BioNews, publisher of this website. “This is where the real work begins.”

U.S. Rep. Gus Bilirakis, R-Florida, is co-chair of the Rare Disease Congressional Caucus. In an email to this publication he outlined two relevant bills.

One of them, the Timely ReAuthorization of Necessary Stem-cell Programs Lends Access to Needed Therapies (TRANSPLANT) Act of 2021, became law in May. It brought increased funding to an existing program that supports patients undergoing bone marrow or umbilical cord blood transplants.

The second bill, Speeding Therapy Access Today (STAT) Act of 2021, specifies policy reforms at the U.S. Food and Drug Administration (FDA) to accelerate development of rare disease treatments. That bill was introduced to the House of Representatives in March 2021, but has stalled in the Subcommittee on Health.

“I know the cost — both in financial terms but also the human toll that battling a rare disease inflicts upon the patient and his or her loved ones,” said Bilirakis, whose uncle died from Parkinson’s disease at 57. “Biomedical research saves lives, and I am glad to see that this critical [federal] funding at NIH has and continues to be an issue that brings together Members of Congress from across the aisle.”

The EveryLife study, covering 379 rare diseases affecting 15.5 million people in the U.S., put the total economic burden for 2019 at $966 billion. It was categorized into direct medical costs, indirect costs as a result of productivity and other losses, and non-medical and not-covered healthcare costs.

The newer study will be published in full and shared in the spring, Kennedy said.

A quartet of studies

The IDeaS study homed in on 14 rare diseases and used a healthcare system database by Eversana, a life science commercial services company, to determine that the average yearly cost for a rare disease patient was approximately $17,000. For an estimated 25 million rare disease patients, direct medical costs were in the range of $400 billion per year. The EveryLife study reached a comparable figure of $418 billion in 2019, using a similar methodology but different healthcare databases. On further analysis for pending peer-reviewed publication, Kennedy said, the cost was increased to $449 billion.

Aurora Health’s “Can you hear us now? The impact of health-care utilization by rare disease patients in the United States” study, which was published June 28, had that number at $823 billion (inpatient hospital and emergency visit charges).

A section from the GAO report, also published in October, focused on the costs associated with rare diseases, reviewing 36 peer-reviewed studies published on or after Jan. 1, 2000. It looked at the IDeaS study, which had not been peer-reviewed at the time, and the EveryLife study, which Kennedy said is in the editorial review process for publication in the Orphanet Journal of Rare Diseases.

The GAO report concluded that costs were substantial. One study cited found that direct nonmedical costs, like home modifications, were $17,889 for amyotrophic lateral sclerosis (ALS) patients, $12,939 for people with Duchenne muscular dystrophy, and $5,517 for those affected by myotonic dystrophy.

Joni Rutter, PhD, co-author of IDeaS and acting director of the NIH’s National Center for Advancing Translational Science (NCATS), noted that the IDeaS study and the EveryLife study arrived at similar numbers for direct medical costs — $400 billion and $418 billion, respectively.

“The fact that we were very close, tells us that we’re on to something here,” Rutter said in a video interview. She also is a co-author of the Health Affairs article.

Several factors drive the high cost of rare diseases, its authors wrote, including delays in diagnosis, high direct medical costs, and additional non-medical costs shouldered by families. They also noted that while rare disease treatments are costly (for example, the spinal muscular atrophy gene therapy Zolgensma is priced at $2.125 million in the U.S.), they can help reduce other costs, such as inpatient care.

That collaborative report listed a number of policy suggestions that Kennedy, also a co-author, said are “low-hanging fruit.”

One would be to update the International Statistical Classification of Diseases and Related Health Problems (ICD) codes, which are used to specify all diseases and disorders but often don’t exist for rare disease patients. These codes are developed by the World Health Organization (WHO). ICD-11 is the current version and went into effect in January, but it can take several years for most countries to make the transition. The U.S.,  for instance, still uses the older ICD-10 codes, according to EveryLife’s website.

“If you don’t have an ICD code and rare disease, the weirdest part is you’re invisible in the system,” Kennedy said, looking forward to the WHO adding more rare diseases to the list. She compares ICD codes to hashtags, which categorize social media posts on some platforms.

If a patient is not associated with an ICD code, it’s more difficult for doctors to communicate the diagnosis to others, for insurance companies to cover medical expenses, and for the medical system to track the disorder’s progression.

The Health Affairs article also outlined the importance of patient registries, which are continuing to pop up thanks, in part, to a more data-centric approach to healthcare and the support of NIH’s Rare Diseases Registry Program (RaDar). 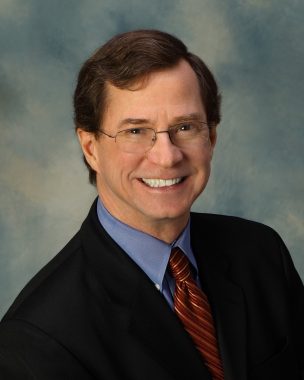 Steve Smith has been in patient advocacy for 32 years. (Photo courtesy of Steve Smith)

Rutter said she is always happy with the funding NIH receives, but that NCATS is looking at moving forward by focusing on diagnostics and therapeutics. Its Multi-disciplinary Machine-assisted, Genomic Analysis and Clinical Approaches to Shortening the Rare Diseases Diagnostic Odyssey program funded three projects that bring together expert clinicians, informatics specialists, and geneticists. And the Bespoke Gene Therapy Consortium is looking at ways to treat more than one genetic disease at a time.

Steve Smith, who has a 34-year-old son with mucopolysaccharidosis (MPS) type IVA, an inherited metabolic lysosomal disease mainly affecting the skeleton, and who assisted in the EveryLife study design phase, has dealt personally with the high cost of a rare disease.

MPS IVA caused skeletal abnormalities, dental issues, and deafness in his son, requiring Smith, among other things, to purchase accessible vehicles, fix wheelchair damage, and pay for expensive dental treatment. In a video interview, Smith said he and his wife also lost income as they took time away from their jobs to care for his son after surgeries with long recoveries. He was thankful to have the means to shoulder those extra costs, but realizes they could be overwhelming for others.

Insurance wasn’t willing to cover many costs, said Smith, who is president of patient advocacy at the clinical services company WCG and an advisory committee member for EveryLife’s Rare Disease Legislative Advocates. The Smith family, natives of Chicago, went through savings to ensure their son had everything he needed to succeed.

Those were savings that could have been used to pay for college, which meant the family needed financial aid when their son was university-bound. But when it came time to apply for financial aid, the college factored in income and assets and not the high cost required to care for someone with a rare disease like MPS type IVA. While the family received some aid, Smith said it was a drop in the bucket compared to overall tuition.

The burden outlined in the EveryLife study and others, Smith said, could help justify more private and public insurance coverage. It also could prompt Congress to appropriate more money toward rare disease research and covering rare disease medical needs. Covering that high cost would allow parents to send children with rare diseases to school, and prevent those with rare diseases from being undereducated and underemployed, Smith said.

“The economic burden study starts to show all these families didn’t fake that they weren’t just out there spending carelessly,” Smith said. “They were doing what they had to do.”

Kennedy said the study can help EveryLife prioritize its policy agendas, look at the drivers behind that high cost, and seek to alleviate that burden. And Rare Disease Day can help raise awareness of these costs for people not affected by a rare disease, but who can influence Congress and their communities to address the problem.

“It’s important to us that people understand that an individual’s ability to care for themselves or their child should absolutely not depend on their finances or the state that they live in,” Kennedy said.